Lost in LaLaLand, part 5 … THE COSA NOSTRA CONNECTION AND TIME TO FACE THE MUSIC 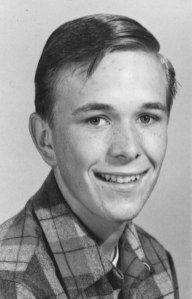 That evening, trekking back from the beach to the car, another inspiration hit me! This time my muse whispered that I should try redeeming empty pop bottles again … but not from trash cans in parks, from these grand houses … right now!

I immediately stopped and marched up a long path bisecting a lush, green, freshly mown lawn. When Jorge turned around to see where I’d gone, he stood staring at me as I boldly rung a doorbell during prime TV time.

The man who answered just had to be a Mafia capo! Either that, or an actor still in character. This guy was mountain-sized, balding, older with Sicilian olive skin. He wore shiny black shoes; well-tailored black slacks; perfectly fitted black shirt; and a large white tie with a great, sparkling diamond tie tack. The sight of this mobster took me aback.

“Yeah? Whatcha want kid?” he thundered, standing with his LA Times TV section hanging open in one hand, obviously perturbed by my interruption. “What is it?”

Sensing that though he was  upset, he harbored no malicious intent, I replied, “Uh, I’m in the neighborhood collecting empty pop bottles sir.”

“Yeah? Ya don’t say. Well you go ’round the house and I’ll meetcha in front of the garage,” he instructed.

I waved Jim over. One of the three big roll-up doors opened revealing my Mafioso friend standing in front of a small fortune in empty pop bottles. Stacked up against a garage wall stood a towering cornucopia of Coke and Pepsi and Nehi and Squirt bottles.

And they were all ours! 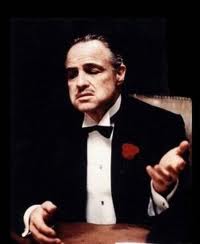 He just had to be a Cosa Nostra

“Let me know when you’re done,” commanded my new Cosa Nostra pal. And with that he went back to his TV leaving us with this veritable fortune in redeemable pop bottles!

Jim and I got to work immediately. At a Safeway a couple of blocks downhill from the place we cashed-in as many bottles as we could carry and stuff into our shirts and pockets. We grabbed a couple of grocery carts and started a kind of bottle train up and down those 2 blocks for well over a couple of hours until we’d redeemed every single empty bottle our capo bastone’s garage held.

By the time we thanked our bottle baron, we’d stuffed every one of our pockets with cash! Wads of it! So much we didn’t even bother to count it!

Not only were were rich, we had full bellies, blankets and pillows. We felt downright smug about things … that is until we realized it was time to drive back home and face the music!

“First things first” we thought when we arrived back in Vallejo next day mid-afternoon … which meant a burger, fries and a milk shake at Eat ‘n Run.

We  figured we’d stop by school to see friends before heading to home to whatever doom awaited us there. After all, it might be some time before we had the opportunity to hang-out with them again!

Some viewed us as heroes …

The reception we experienced strolling around the school’s large campus shocked us. Upon seeing us, heads spun ’round so violently they  required chiropractic manipulation. Friends and acquaintances gazed at us as if we’d come from a distant planet.

We had no idea that we’d gained such notoriety. We had no idea of the turmoil we’d caused in our school amongst both our teachers and the campus population at large. In other words, we were completely clueless. 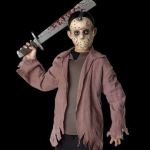 … others saw us as villains

Some of our friends saw us as daring, gutsy and romantic, others as jerks and good-for-nothing reprobates. Our teachers seemed to monolithically agree with the latter characterization, a few of whom had been so affected by our truancy that they interrupted classes to lecture our peers on the lunacy, irresponsibility and folly of our actions.

In truth, both Jorge and I agreed with all of the above. We knew we’d gone a bit overboard with our adventure, but we also felt a certain sense of pride for having survived the escapade unscathed with pockets full of money. We had no idea of how our parents viewed the matter however … but we were soon to find out.

All cars, be on the lookout for two teens making the beat scene!

Despite the California Highway Patrol’s “APB” (All Points Bulletin with photos of us … mine accompanies this post) which put us on the radar of all the law enforcement authorities throughout the state,

and notwithstanding our high profile among the faculty of Vallejo Senior High School, we were never once recognized or pursued by anyone other than our cohort at VHS. I figured that was because sometimes it’s easier to hide in the open than it is in the shadows.

When Jim dropped me off at my house, my parents were out searching for me. My sister Martha’s eyes nearly popped out of her skull when I walked in as casually as if I’d just gone to the Lundblad’s Annex Corner Grocery store for a gallon of milk (she was only a couple of years older than I, but decades more mature).

“Oh my GOD! Where have YOU been?” she hollered. “Do you REALIZE what you’ve put mom and dad through? How COULD you”

Well, I didn’t, but she was more than eager to fill me in, which she proceeded to do over the next twenty or so minutes. She told me how I’d shaved years off of the lives of my mother and father who’d cruised the beat areas of San Francisco; who’d spent sleepless nights in endless worry; who’d questioned all of our friends and teachers and anyone else they thought would know something.

After a time I felt so low they’d of had to lift me up to bury me. Yet still she continued berating me non-stop … until we heard the back door open! 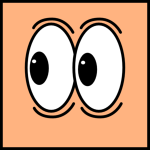 Her eyes nearly bugged out of her skull!

I had my back facing them when they entered. As they walked past me I ducked, not because dad ever wacked me … he hadn’t, not once… but because I knew I deserved it!

Without saying a word they calmly hung-up their coats, sat down facing me, and asked in a completely conversational manner, “Where have you been? Did the Patrol catch you at the bridge? What have you been doing?”

I told them all about LA, the various characters we’d met, the “work” we’d gotten, the supplies we’d received and the money we’d made. By the time I finished I could’ve sworn I saw just a little bit of pride trying to surface its way through their haggard and sleepless faces … but that just may have been wishful thinking.

After recounting  my southland experiences, I had what may have been the biggest surprise of the entire affair … nothing!

Nothing at all happened. Mom got up to start dinner. Dad got up to get back with his life. And although Martha seemed to feel that nothing represented an gross injustice of some sort, from that day forward nothing was said about my behavior in the LaLaLand adventure. Neither at home nor at school did I suffer any depravation … save the lone “C” grade a math instructor felt obliged to give me (it represented a blemish on my academic record, like a wart on a fetching visage).

They showed me the genius of loving parents

Of course the guilt I’ve felt for putting my parents through that unimaginable week of hell has never quite left me. But their behavior towards me is still a bit of a mystery.

Maybe they were just happy I was home; or perhaps they’d seen such ugly scenarios in the bars and back alleys of North Beach that hearing about my upscale version of beatnikdom greatly relieved them; or, just possibly they knew that if they’d punished me I could have easily expunged those pangs of conscience upon completion of the punishment rather than carry it forward forever … which, of course, would have been pure genius on their part!

Postscript … Jim suffered some restrictions and punishments following his return home, but nothing inordinately severe. After matriculation, as with so many other friends, I lost contact with him. However, I’ve since heard from reliable sources that for the past 40 years or so he’s enjoyed an extremely profitable and successful career in Sweden smuggling drugs. Guess he’s shy no more!

Coming soon! How To Get A Great Job You Really Don’t Want … THE RELUCTANT SORCERER’S APPRENTICE. You won’t want to miss it!

I HOPE YOU ENJOYED THIS POST. IF SO, WHY NOT CONSIDER SHARING IT WITH YOUR FRIENDS? AND, IF YOU DON’T WANT TO MISS ANY NEW POSTS, SIMPLY CLICK ON THE “FOLLOW” BUTTON ON THE RIGHT OF THIS PAGE … PRIVACY ASSURED

I hope you'll find my posts entertaining, occasionally edifying and worth whatever time you can spend with them ... Joe
View all posts by Joe Illing →
This entry was posted in Lost in LaLaLand. Bookmark the permalink.

1 Response to Lost in LaLaLand, part 5 … THE COSA NOSTRA CONNECTION AND TIME TO FACE THE MUSIC