Play for the Memories, Not the Score

Golf’s a crazy, dumb sport. When viewed through the harsh lens of reality, the entire game looks infantile and stupid … an absurd waste of time.

The swing requires the contortions of Houdini with the grace of Margot Fonteyn. Putting takes the touch of a surgeon and the daring of a safe cracker. Driving the ball takes the balance of a mountain goat and the understanding of a zen master.

Golf is counter-intuitive. Out on the course or practice range you constantly hear people saying things like “Swing easy to hit it hard” or “make ball go up by hitting down.”

In addition, golf’s entire vocabulary betrays it as an asinine, belittling and demeaning endeavor. It reduces its participants (including our country’s leaders) into sniveling crybabies who talk seriously about such things as “birdies, eagles, sandies, greenies and skins.”

Why, golf is practically insulting to its practitioners! And the rubric about golf being healthy is utter nonsense. I defy anyone to find a more mournful and bellyaching congregation of human beings than those who spend otherwise splendid weekend days that those you find on a golf course.

Healthy? It’s more like fury, stress and apoplexy … but not all golfers come to this end in the same way.

Some come to walk on lush carpets of green grass that lay like fingers pointing the way through dense forests, alongside cliffs above vast, restless oceans, or wandering beneath the canopy of an urban arboretum.

Some come to gamble. They find amusement betting on the outcome of matches, sometimes for very large sums of money. You can usually spot them. They’re constantly mutilating their scorecards with hieroglyphs indicating presses, KPs, double presses and the like, while simultaneously and trying to needle their opponents to get an edge. And many of them cheat. They’re called sandbaggers, golf’s most enduring opprobrium.

Still others come to golf for companionship and something to do. And, if you’re looking for something to do, why not do it with friends enjoying the infinite beauties and fragrances of Mother Nature?

However, no matter who you are, or why you’re there, sooner or later you’ll have to face golf’s inescapable nemesis … the score. 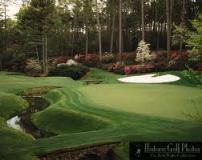 You see, your real opponent in golf is perfection, which, in theory would be an eighteen hole score of 18 … one stroke per hole. Every stroke in excess of that is a scar on perfection.

Currently the lowest round of golf on record for a regulation-sized course is 55, as distant from that mythical 18 to convince the looniest of optimists that theory and reality will never join-up in golf.

However, there’s hope. Recently a sage came along with a vision that he neatly summed up in one short sentence, “Play for the memories, not the score!”

What a liberating thought! After all, the score will never be low enough to completely satisfy, but the memories will be with you always. And in a way it’s also a recipe for the good life. 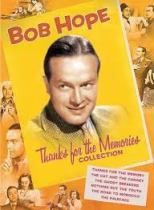 After all, if you’re constantly keeping score you might miss some of those beautiful paths life can lead you down during your brief trek on earth.

And when you come to the end of that trek you’ll realize that your score, which will inevitably fall short of perfection, runs a distant second to all those wonderful memories you had … or those that, sadly, you missed.

I hope you'll find my posts entertaining, occasionally edifying and worth whatever time you can spend with them ... Joe
View all posts by Joe Illing →
This entry was posted in Golf and tagged Golf, golf frustrations, golf memories, golf scores, golf scoring, golfers, golfing, importance of memories. Bookmark the permalink.