How I Won The Cold War, Part 5 … HEADED FOR EUROPE, MINUS ONE

Scott got a new lease on life, and a snazzy new uniform

From plumbers to priests, we’ve all done plenty of things we regret, things we feel guilty about … sometimes for the rest of our lives. My lamentable farewell to my Fort Gordon army buddy Lamabata is one such painful regret of mine.

A year or so before I entered the army, a former friend, Scott (see Lost in LaLaLand, Part 2), was paroled from San Quentin. He found employment as a bell boy at the exclusive Claremont Hotel and Spa in Oakland as part of a program designed to help parolees re-enter society.

When my roommate Mike and I heard of his release, we decided to visit Scott to encourage him in his efforts to get his life back on track. Unfortunately that track didn’t stretch-out very far. A little over a year later Scott went back to the big house for a botched liquor store burglary.

Scott welcomed us to the Claremont with obvious delight. He gave us a comprehensive tour of the place, after which he took us up to his room. It was actually a small apartment with kitchenette and living room/studio which he received rent free as part of the hotel’s rehabilitation program (subsidized, of course, by the generous taxpayers of California).

After our “Wow! What a great place!” … “This is a perfect setup!” … “Scott, you’re doing fantastic!” … and other such laudatory, perfunctory acclamations, Scott asked us if we’d like some Wyamine.

“Some what?” we replied.

“Some Wyamine” he repeated. “Everybody in Q’s doing it!”

“Wyamine! It’s something that gives you a buzz and keeps you awake … it’s great stuff!”

With that Scott pulled out a nasal inhaler called Wyamine, smashed open the plastic casing and extracted from it a long, cylindrical piece of cotton saturated with mephenterine (a cardiac stimulant, also used in psychiatry and as a treatment for hypotension).

Mike and I watched in amazement while Scott prepared his offering, during which time he tossed aside a small strip of paper with a skull and cross bones on it!

“What’s that all about?” Mike and I chimed in.

Our mentor in the ways of the drug world counseled us, “Oh, don’t worry about that. They just want to scare you! It’s not a problem! We do it all the time!”

We viewed ourselves as mature adults and wise beyond our years. We assessed Scott’s vital signs. He seemed as vibrant and healthy as ever. And so, following this brief due diligence investigation into the pros and cons of Wyamine, we each immediately swallowed a slice of cotton followed by a Scott recommended cup of coffee (“Caffein stimulates the stimulant” he instructed).

We sat chatting for about an hour, but neither Mike nor I could discern any physical or mental mutations, pleasurable or otherwise. We’d nearly given up on Scott’s inhaler when he “put on a record” (that’s you you did it back then, before CDs, or MP3s … or for that matter, the internet and its wonder of instant research into things like Wyamine).

The record was a Gil Evans production featuring Miles Davis called Sketches of Spain. From the first castanets Mike and I were mesmerized! Music had never sounded like this before! It was crazy good!

We listened to the record over and over. When we got back to our place about 2  or 3 in the morning, we put it on again and listened to it ’til birds started to chirp at first light.

We didn’t sleep that at all day, or the next, after which we slept our normal 10 plus hours. The regimen of Wyamine and coffee (food? Who needs that!) kept us going for quite awhile, thank you very much!

After a couple of days we each had a personal stash of Wyamine Inhalers, a legal, over-the-counter product freely available at any pharmacy for about 49¢!

We were sold! And as friends often do, we enthusiastically shared our astounding discovery with everyone we knew. It wasn’t long before Wyamine Inhaler sales charts skyrocketed in Vallejo! 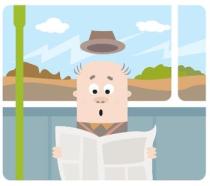 We found that while the inhaler gave us full weekends (i.e. no wasted time sleeping) it did have certain drawbacks, such as the one Rick discovered to his everlasting chagrin!

He’d had this insatiable yearning for a cute Filipana lady. On the big night Rick determined he’d double up on the Wyamine, for stamina’s sake.

Having thus violated Scott’s eighth-inch rule he quaffed a full quarter inch with a pot of black coffee. Later that evening when he finally made it to the bedroom with his heart’s desire, he found his heart was about the only part of his anatomy that still worked!

Tragically nothing at all came of their tryst, and to make matters run the full gamut from pitiful to disastrous, he developed a tic. About every 30 seconds or so, Rick twitched. Not his whole body, just his head and neck. It was the damnest thing you ever saw … like a rooster strutting through a chicken coop!

After several hours his rooster routine turned into a nightmare … Rick was convinced he was destined to twitch for life!

After a full day he started to panic!

Fortunately it only lasted for two days, most of which he spent lying in bed staring at the ceiling while twitching up towards it every half-minute or so.

He quit using Wyamine after that, and though it’s never occurred to me before, maybe that’s why Rick later became an alcoholic?

In any event, those of us who observed Scott’s eighth-inch rule stayed with Wyamine, but used it a bit more judiciously following Rick’s tick.

But in Georgia the US Army had something to say about Wyamine!

Following our matriculation from Signal Corps School we had a couple of days of nothing  to do, so I figured why not make the most of them, with a little help from an Augusta pharmacy.

A couple of drinking buddies and I were downtown when I spotted a pharmacy. Curious to see what I was up to, they went in with me. I found the Wyamine, grabbed a couple, and then, realizing I may not find any in Europe, grabbed the entire box.

They figured they might as well buy one, so they grabbed one each out of my box. But the druggist refused to sell them to us. I was outraged! 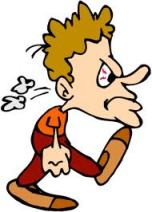 I’ve got my constitutional right!

“What do you mean you can’t sell them to me?” I demanded.

“The army told us not to sell any Wyamine to soldiers,” the wary clerk replied. The news about Wyamine had certainly gotten around.

“They can’t do that! I’m a U.S. citizen standing in a civilian store in downtown Augusta. This is outside the army’s jurisdiction! They can’t do that and if you can sell something to someone else then you’ve got to sell it to me!” I protested, my voice starting to rise and my indignation starting to boil-over.

“Okay. Okay!” the harried pharmacist declared, looking around. The place was empty and he just wanted to get rid of this troublemaker!

Once outside I carefully explained Wyamine and the eighth-inch rule to my buddies who were, by then, eager to give the stuff a go. They did and we had a fun weekend, but when the morning came for our embarkation to Europe … disaster struck!

Howie, one of the guys from the weekend’s revelries came to my barracks early to break the news about Lamabata, our weekend’s third member, “He’s not going!”

“Lamabata’s not going to Europe!” Howie yelled in a stage whisper. He was panicking.

“Well he says he’s not going … period! You gotta go to talk to him!”

I had no idea what was going on, but I quickly figured out that Lamabata had violated the eighth-inch rule. I knew I’d better move … and fast! I ran over to his barracks, literally flew up the stairs and found him sitting on his footlocker everyone while around him was cramming duffle bags to overflowing.

Calm and serene in the midst of chaos

Lamabata sat there calm and serene, like a Buddha comtemplating a butterfly or his fingernails!

Trying hard not to betray my extreme perturbation, I casually asked, “Hey, Lama, how you doing?”

“Uh, well I’m packing for Europe! Are you packed already?”

I could hardly believe my ears. “Hey Lama, you’ve got to go. You don’t have a choice! You’ve GOT TO GO!” I tried  to sound cool about it, to no avail.

It didn’t take a genius to see Lama had moved to an alternate universe of some sort. Nor did it take much longer than a New York minute to realize that he might not be the only one who could suffer unintended Wyamine consequences.

I hustled back to the barracks, dug through my duffle bag, grabbed my box of Wyamine, and hustled to the area’s incinerator. I tried to look as nonchalant as possible while visions of myself doing years of hard labor at Fort Leavenworth danced in my head!

I ran into Howie on the way there. Seems he had the same thought at the same time! We threw our Wyamine into the huge furnance and breathed an audible sigh of relief. We looked at each other without saying a word, then walked off to our separate destinies. 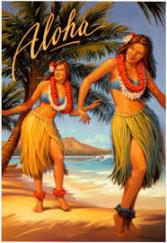 Hawaii? Who could blame him!

I heard nothing more about either Lama or Howie. That’s the way it works in the military. You make friends, but the friendships are fleeting. That’s certainly the way it was with Lama, and it sure looked like his destiny had turned ugly … very ugly indeed!

Like I said, we all have our regrets, things we feel guilty about for a long time. Lamabata is high on my list.

On the other hand, he always did talk about how much he missed Hawaii and how he wanted to get back there. And I’m sure he did … I just hope he didn’t take a long, long detour!

Coming next! How I Won The Cold War, Part 6 … PATIENCE PAYS OFF!