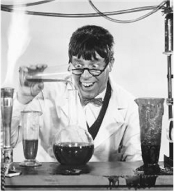 The day after “spinning tires” with Paul and Melvin, Ray and I returned to our scientific search for measurable constants against which we could judge the eccentric behaviors of observable hypnotic phenomena. We were resolved to investigate both the scope and magnitude of hypnotism, as well as its utility.

Our tools included the solitude and leisure afforded by our vacation campsite in Cave Junction’s city park, the pamphlet on hypnotism we found under the front seat of John’s bathtub Merc, a pencil and notepad, an issue of Playboy magazine, and a fearless pursuit of empirical evidence concerning the subject.

As with my unlikely arm wrestling victory over an arm the size of a jumbo ham hock, the results of our inquiries proved surprising. None however tested the elasticity of credulity quite like the afternoon we pruned Ray’s age from seventeen down to 8.

We’d set our sights on deep hypnosis in order to explore age regression, one of its more baffling, and doubtful mysteries. To do so I worked for about twenty minutes getting Ray into as profound a trance as I possibly could (essentially repeating “you’re falling deeper and deeper asleep” ad infinitum).

As neophyte scientists neither of us had any qualms about doing this. After all, science was the new religion … and the author of the pamphlet (a stage hypnotist pictured in a tux with lightening bolts shooting from his hands and eyes) assured us that if a hypnotee fell too deeply asleep, he’d wake after a few hours with no lingering effects. Of course as devotees of strict scientific inquiry we accepted his assurances without hesitation.

After Ray reached what I figured to be maximum transcendental depth, I told him that when he awoke he’d be eight years old, that he’d not remember any of my instructions or his true biological age, until I clapped my hands three times in succession.

Upon awaking him, I didn’t quite know how to go about determining whether or not he’d actually age-regressed ... after all, you don’t just ask a life-long friend with whom you’ve celebrated every birthday since second grade how old they are.

“Oh, I don’t know. How ’bout we go throw some rocks?” he replied, something we hadn’t done for years. That gave me a big clue that this age-regression thing might actually be working.

“Hey, look at this!” I exclaimed, producing the Playboy Magazine our logger friend had given us in his donation of essential provisions.

“Oh, Jeeze! Where’d you get that!” he yelled, grabbing it from my hand. It fell open to the Playmate of the Month center spread. Ray giggled, blushed and stared, “Wow! Look at those boobies!”

By this time I was convinced he was no longer seventeen. However, how to prove it? How to confirm that he was, for the moment, only eight?

I pulled out the pencil and paper, “Hey Ray, do me a favor would you? Draw a seating diagram of our classroom and write the names of everybody on their desks.”

After giving him a lame explanation as to why in the world I’d want him to do something weird like that, Ray diligently set himself to the task, and within a minutes completed it … perfectly! A complete, accurate seating diagram of our third grade class with the full names of all of our classmates who sat at them, some of whom had moved away long ago!

The experiment was definitely a resounding, if perplexing success!

Ray was eight years old for another 15 minutes or so. Then I clapped my hands. He spun as if he’d been sucker-punched, shook his head and said, “Wow!”

When discussing it later he told me that only my facial stubble and the absence of our parents confused him during his time as an eight year old. Other than that it had all seemed pretty routine to him!

What good all this did, however, was problematic. Would it have utility in our day-to-day life? Could we employ these psychic perturbations to make us perform better, meet higher standards, excel? 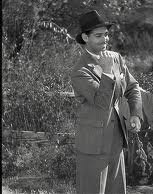 A truly carefree mode of transportation

We rode our thumbs back to Vallejo where we obsessively continued our scientific pursuit of mesmerism, our inquiry into the heart of fascination.

We tried “hypnotism for pianists” during which Ray, a child prodigy at the keyboard, sight-read a complete Mozart sonata, playing it beautifully from beginning to end. We increased our reading speeds from five hundred words per minute to 5,000 wpm with full comprehension (validated by tests we administered to each other). We even played pingpong better (we were Vallejo Community Center co-champs).

We found we could do innumerable things better, but we unfortunately concluded that you’d need a personal hypnotist in order to take advantage of its powers when you needed them.

They were transitory … at least the concert piano kind of hypnosis. Since then I’ve met people for whom hypnosis worked spectacularly to stop smoking and dramatically lose weight … and do so for decades. Obviously old Herr Mesmer’s discoveries can do good.

But they can work against good as well. Perhaps the principal of verbal repetition, whether of an image or an idea, can make a thing true in receptive minds, even if demonstrably false.

It works in theater when Peter Pan flies. It worked for Goebbels in Germany. It works today in hate politics and on hate radio. And it worked for one Will Shakespeare, who put it thusly:

… These our actors,
As I foretold you, were all spirits, and
Are melted into air, into thin air:
And [also] the baseless fabric of this vision,
The cloud-capp’d tow’rs, the gorgeous palaces,
The solemn temples, the great globe itself,
Yea, all which it inherit, shall dissolve,
And, like this insubstantial pageant faded,
Leave not a rack behind. We are such stuff
As dreams are made on; and our little life
Is rounded with a sleep.

The hypnotic process obviously has many uses and advocates. It’s for sure neither Ray nor I would deny that our trip to Cave Junction benefited us in many subtle ways for the rest of our lives.

My very own blue lagoon

We saw first hand how incredibly powerful suggestion can be. We tapped into hidden reservoirs of strength that lay deep within us. We learned how to fully, physically relax … how to take a timeout from the rigors and stresses of career and family by laying on an imaginary cloud and feeling the tingling sensation of relaxation working its way up from your littlest toes to the top of your scalp. It’s a great feeling!

From time to time I’ve gone back to the “secret incantation” Ray voiced when hypnotizing me. I’ve recited it over and over to myself while swimming in an imaginary warm, blue lagoon, completely at ease, unconditionally at peace, one with all who swim around me.

And if that’s the only thing I got out of those “scientific” investigations charting psychic phenomena in Cave Junction and Vallejo fifty plus years ago, I’d have to say it was well worth it … not to mention a whole lot of fun too!

p.s. Ray went on to academia. He enjoyed a long and distinguished career as a professor at one of California’s largest universities. Reading fast sure helped him through all of that!

I hope you'll find my posts entertaining, occasionally edifying and worth whatever time you can spend with them ... Joe
View all posts by Joe Illing →
This entry was posted in Hitch Hiking, Hypnosis and Cave Junction. Bookmark the permalink.