Saying Yes By Saying No

He stood with his bride before the altar.

She looked beautiful in her flowing white gown with the warm mid-summer sun sparkling like diamonds in her eyes.

And he knew he was about to commit matrimonial hara-kiri, but when the time came he said “I do” in spite of his misgivings, in spite of his certain knowledge that he was making a big mistake!

He was right! He spent the next ten years of his life regretting it, fervently wishing he’d said “I don’t!”

When he finally divorced his mistake, he had to sell an estate he’d worked his whole life to assemble, he had to write a settlement check with more zeros than a WWII Japanese aircraft carrier, and he struggled to understand just why he’d uttered those two fateful words. 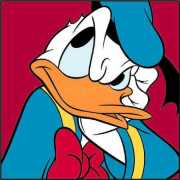 I have three other close friends who all made the same blunder. They each vowed “I do” when their heart screamed out “Don’t! Don’t! Don’t!”

Why? Why do we commit such tragic blunders in our short lives? Why do we capitulate to the aspirations or fancies of others?

To avoid confrontations? To avoid hurting another’s feelings? Out of a sense of obligation?

It’s hard to understand exactly, but it happens all the time over a whole range of situations. Take for example a request for help in moving someone. Is it because that someone values your companionship, or simply your pickup?

Or how about going shopping instead of watching football on a Sunday afternoon? Or an evening with friends hearing stories you’ve heard so often they bore you to tears?

Trivial? Selfish? Perhaps. But unless we learn how to deal with the little things, we can end up committing grievous felonies against ourselves, like marrying someone we shouldn’t … which is an all too common occurrence.

Wisdom comes in many disguises … and liveries

It’s the lucky grooms or brides who get divorced, but luckier still are those who’ve learned this pearl of wisdom before they take the fatal plunge.

It’s a piece of sage advice a bartender once gave me (proving once again you should never judge a book by its cover). He told me to always remember, “When you say no to someone else, you’re saying yes to yourself.”

That’s it! Simple, yet profound!

So the next time you find yourself on the verge of doing something you’d rather not, or that you know you really shouldn’t, think about it! When you say yes, you could be saying no to yourself! And if you say no to yourself it can lead from inconvenience to a disaster from which only lawyers and bartenders profit!

So treat yourself like your own best friend … and say yes by saying no!

I hope you'll find my posts entertaining, occasionally edifying and worth whatever time you can spend with them ... Joe
View all posts by Joe Illing →
This entry was posted in Musings. Bookmark the permalink.

1 Response to Saying Yes By Saying No