How I Won The Cold War, Part 22 … HOW I EARNED MY STRIPES 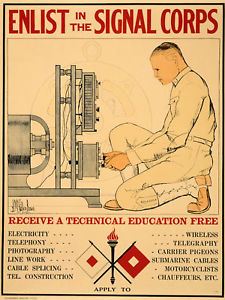 Serving selflessly on the front lines of the Cold War!

We Koblenz warriors fighting The Cold War were ready and willing to give our “last full measure of devotion” in the defense of West Germany … which, if you thought about it for too long, you’d find yourself hitting an iron curtain of irony.

You see, our small part in the Cold War script meant we would be nuked, roasted alive or get run over by mega-tons of massed Soviet tank formations defending the Germans who, according to Ike just twenty years earlier, it was our duty to “kill!”

That kind of thinking that could drive you loopy if you let it, but since our country’s leaders had declared the Soviet Union as our enemy #1 de jour, our duty in the late 1960s was clear … we had to stop them dead in their tracks.*

Naturally facing down so many enemies could make your head spin … it could really get to you! You’d tire of all the frustrations and thousand little irritations of the repetitive, boring daily routine of army life. But then, when you put your mind to it, you’d see that spending your days getting ready to do something you’d hopefully never do could get tiresome … in fact it even drove the normally level-headed Jasko over the brink!

One night he boldly proclaimed, “I’ve decided! I’m going to request a transfer to Vietnam!” 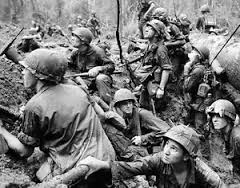 Jasko! Sober up! They’ll try to kill you!

We were all aghast, astonished and floored by his pronouncement! We couldn’t believe it and only frequent and repeated ministrations of alcohol and heartfelt counseling brought him back to his senses!

Of course all this simply validated of our general theory of “Nothing” … an imprecisely, hastily developed nihilistic philosophy based on the teachings of French existentialists and beat poets … not to mention its convenient justification for the hedonistic and dissolute lifestyle we’d resolved to pursue, come what may!

It was all nothing and only nothing mattered.

As with most of our tens of thousands of conscripted comrades stationed throughout Germany, work days were dead zones, the beginning and end of which merely served as bookends for evenings of nightclubs, booze, dancing, women, bratwurst and brawling.

So in order to ward off the ennui of the work day, I’d just keep busy doing whatever I could find that needed doing. I organized the office, the paperwork, the money. I oversaw the kitchen, the cook, the mail, the bar, the movies, the shopping, the duty roster and the baker. I drove to Bad Kreuznach at least twice a week for the mail, the movies and as a personal shopper for anyone who needed anything. 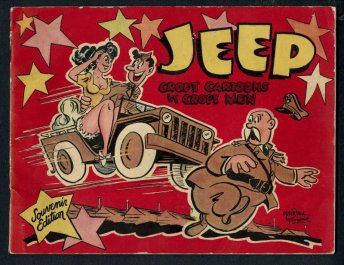 It was even better than owning a jeep!

I drove several times a month to battalion HQ in Butzbach. I took “my” jeep to the Bahnhof six mornings a week to pick-up and deliver the Stars and Stripes and the International Hearld Tribune (I had a monopoly on both, a lucrative sideline that brought in a handsome monthly profit).

This strategy worked for the most part, but was not without its consequences … some unintended, not the least of which occurred during an annual Inspector General (IG) inspection.

IG inspections gave us our yearly dose of real army protocols. A few officers and sergeants would visit us to make sure we were mission ready, following army regs, and maintaining government property properly.

Naturally a low score on any of these inspections would precipitate more such visits, a snowball effect that even the most slovenly of our number dreaded. That proved to be a terrific motivator!

We’d scrub the place from top to bottom for a full week prior to the IG’s arrival. We’d have our equipment operational and spotlessly clean! We’d clean the kitchen until it sparkled! We’d have our bathrooms and showers spic, span and sanitary! We’d have our rooms neat and tidy … even behind the lockers!

We’d get our hair cut short or completely shaven (Koblenz barbers just couldn’t bring themselves to give us military buzz cuts)! We’d starch our fatigues, spit-shine our boots and oil our weapons!

It was a marathon of cleanliness!

On the occasion of my second IG, I was ready for them! I’d served a bit less than two years of my 3 year sentence and had been recently bumped up from Private to Specialist 4th Class. As a result of my anti-boredom busy-ness, all of the inspectors wound-up standing in front of my desk waiting to inspect me. They stood politely in hierarchical order … Colonel, Captain, 2nd Lieutenant, Sergeant First Class and Staff Sergeant.

It felt a bit uncomfortable sitting behind my large oak desk facing my chain of command. The colonel seemed to find it amusing, the captain less so, and the “2nd louie” even less. The sergeants found it downright irritating, inappropriate and a personal affront … which they made clear in no uncertain terms after the officers left my office.

They railed against practically everything! They called our rooms palaces (which, compared to their barracks in Butzbach, they were). They screamed about the extra money we got for doing nothing (which was true). They complained about our kitchen and our private cook (something they had a hard time swallowing). They even disparaged our private movie theater! Had they found all the money we raked in from our private bar they probably would’ve thrown me in jail!

All their bitching and complaining started to make me feel quite nervous! I really didn’t know how I’d gotten myself into such a predicament … or what would come of it. 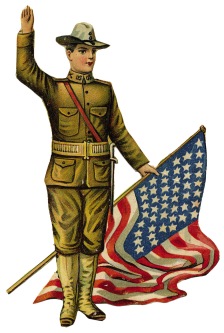 However my worries quickly disappeared. Our detachment passed the annual IG with flying colors! No gigs, no penalties and no worries for another year!

But Spec 4 Illing hadn’t heard the last of it! A few weeks later I received word to report to Butzbach. It seems a convocation of resourceful and diabolically inventive sergeants figured out the perfect military solution to the situation … and in a virtual affirmation of the old GI saying that “there’s a right way, a wrong way and the army way” they decided to make me a sergeant … which was how a wayward beat poet filled with nothingness “earned” his stripes!

* That we did defeat the Soviets featured, among other fascinating phenomena, a metaphor that morphed into reality. Our teachers and politicians had always told us that communism was a bankrupt system … as it literally proved to be. Its dissolution could even be called The Evil Empire Goes Financially Bankrupt, or How Shopkeepers and Bankers in Britain and America Won the War! … of course backed by a spine of military steel that kept the peace in the interim.

Coming next! How I Won The Cold War, Part 23 … THE PERILS OF SERGEANTHOOD!

I hope you'll find my posts entertaining, occasionally edifying and worth whatever time you choose to spend with them ... Joe
View all posts by Joe Illing →
Gallery | This entry was posted in How I Won the Cold War. Bookmark the permalink.

1 Response to How I Won The Cold War, Part 22 … HOW I EARNED MY STRIPES