How I Won The Cold War, Part 24 … THE TWO AND A HALF TON GRASSHOPPER

Young and dumb. It’s that phase when we’ve got everything figured out. When we discover we don’t need adult supervision because we’re adults.

Broadly speaking it’s that time of our lives that runs from the late teens to the mid-twenties, after which the brain matures somewhat … hopefully without too much scar tissue.

Some suffer through this harrowing period more acutely than do others … which is to say some of us are simply way more dumb than others! Unfortunately that description fit me!

A couple of incidents from my efforts to get my truck, trailer and crew up that mountain next to the Iron Curtain perfectly illustrate this:  1) Although I had several thousand feet of dirt road to traverse, and although it lay under cloud-like billows of soft, deep snow that hid whatever treacherous stretches we might encounter along what amounted to no more than a goat path, I had simple a solution! I’d march in front of the truck kicking the snow with my numb feet like a Rough Rider charging up San Juan Hill!

2) When we reached a short stretch of road running along a great cliff, not quite wide enough for the dual wheels on the truck’s rear, I figured we’d scraped the vehicle against the ice-covered granite opposite the cliff and squeeze by. Marching in front to make sure the road didn’t get any narrower, I not only flirted with serious injury by continuing my “marching up San Juan Hill” maneuver hoping no unseen hazards lay along the cliff’s edge, and then watched as the outer rear tires of the truck hung over the side of the cliff! 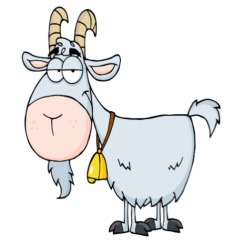 Hey! What are you guys doing driving a truck up here?

The road was actually unsuitable for motor vehicles of any sort, especially large trucks. It was also quite slick. In fact we found out when our truck actually slid off of it and landed about twenty feet downhill pinned between two trees (thank God, for had we kept sliding we’d have plummeted another couple of hundred feet or more down a slope that’d make the hills of San Francisco look downright horizontal!).

The trees pinning us were good-sized, but not fully mature. One was about twelve inches in girth and the other about 18. The tractor lay jack-knifed behind the truck. Not a great situation, especially considering the blizzard and the coming of night!

And it did … but unfortunately it didn’t topple all the way which caused the truck to literally start climbing the tree! That damned tree just didn’t what to give up! It leaned but refused to fall! So I kept hopping and hopping, and with each hop I climbed further and further up the tree.

It was ridiculous! It was comic! It was crazy! How could I ever explain it? Who’d believe it? And more to the point, how the hell were we going to get off that damned mountain before we froze to death!

I’ve seen a housefly, I’ve seen butterfly, but I ain’t never seen a no truck-fly!

However, instead of despairing of our plight, I just started laughing. I just couldn’t help it! Sure it was a product of hysteria, but the thought of abandoning a two and a half ton truck and a radio shack in a tree simply made me laugh … uncontrollably laugh. And that, plus the sight of me driving that monster up that tree made my buddies howl!

When we finally regained sanity of a sort, I crawled back in the truck and started hopping. This time, about halfway up, the tree gave way! Thank God!

Then, because we sure didn’t want to incur financial culpability for the damage (Germany had a law that would have assessed us an amount equal to the tree’s value when fully grown), we dug out the rest of the tree and rolled it down the slope.

I got the truck back up to the road, winched up the trailer and continued without encountering any further complications to a somewhat level site just below the summit … its military crest.

That’s when the blizzard hit full force. In the dim last light of day, we scurried about like shadows trying to get our generators fired-up and our antenna hoisted. By this time we were probably suffering early stages of hypothermia, but were fortunately unfamiliar with both the term and its consequences … I only knew that my Pepsi, although frozen to slush, tasted like warm coffee!

Yep! Young and dumb for sure!

Coming next! How I Won The Cold War, Part 25 … A CHOCOLATE BUNNY HOPPING THROUGH THE SOFT WHITE SNOW