Driving Around Europe Without A Map, Part 1 … KENILWORTH OR BUST 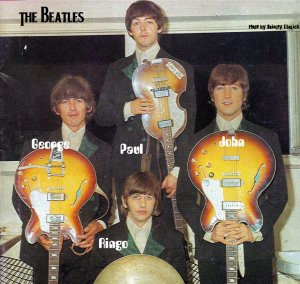 A pretty good band in its day

HALLELUJAH! I was OUT! I was FREE! It was 1967 and I’d been released … I was born-again as a full-fledged CIVILIAN!

I’d done my bit for the Cold War (I really don’t like to brag, but no hostile probes, deployments or incursions from the east side of the Iron Curtain were attempted during my tenure in Koblenz) and I was putting the entire country of Germany behind me … I was headed fast to Kenilworth, England and the welcoming arms of my girlfriend Jan!

So bright and early on the day following my discharge from Uncle Sam’s army I was off! A glorious feeling coursed through every fiber of my body. It was like an elixir, a sense of relief co-mingled with the prospect of pleasure and the excitement of adventure! … and it didn’t hurt to have a pocketful of money and unlimited leisure for a full six months … which at the time seemed about as long as eternity.

I had no agenda at all. No have-to-see this or that city or cathedral or beach. Nothing beyond seeing Jan and perhaps a visit to Helsinki to visit with Shirley, an old girlfriend from Vallejo.

And my time had come! Finally! I was on the road, free as a bird! And then while driving through Belgium I passed a truck. “Damn that’s a noisy truck” I thought and turned up the radio to drown-out the noise.

A new song by some Liverpool lads called The Beatles came on (no surprise … they dominated the top 40 charts virtually everywhere in the civilized world, and in most of the rest of it too). A Beatles’ song always gave a guy a boost, but I really didn’t need one that day! It was an unusually beautiful Spring day, one that began with sun at dawn and scraps of pink cloud lingering in a cobalt sky.

In love with a bug!

“Damn!” I shouted after I passed the truck and realized the “unmuffled” racket wasn’t the truck, it was me! “Damn! Damn! Damn!”

Throughout our lives we men bond, with very little shame, with inanimate objects … tools! Be it a bicycle or a baseball glove or a spade or a tractor you name it, we’ll hold it dear and sometimes grow to love it. And so it came to pass for me and my 1965 Volkswagen Beetle … one with a canvas sunroof you could slide so far back back that your rear seat passengers could stand fully erect with you and your “suicide seat” passenger to sing out with the Beatles or the Beach Boys while driving down a country lane at speed!

I bought her for $500 in 1966 and it was close to love at first sight. And she deserved every bit of affection I gave her. In the first year I owned her I drove to Paris, Dusseldorf, Frankfurt, Butzbach, Bad K, up and down the Mosel river, and over pretty much of every square inch of Koblenz and the Rhein Valley.

But here in Belgium it sounded as if something evil had possessed my bug! I immediately pulled off the highway and opened the trunk to have a look at baby’s heart, as it were.

You know Volkswagen engineering is simple, clever, elegant and beautiful. They set the VW engine over the rear axel in a commodious trunk that allowed for plenty of room to find problems and fix them. This problem didn’t take long to find … a single spark plug lay right next to the engine! 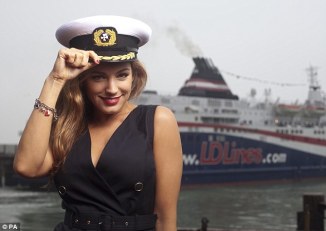 “How in the hell did that get there?” I mused. But I didn’t have much musing time … I had to get to Calais to catch the Dover Ferry and jam to Jan’s by that evening. Consequently I simply screwed the thing back in. That’s when I found the source of the problem … a stripped thread in the engine block.

“Damn! Damn! Damn!” I re-muttered as I seated the plug to its point of greatest resistance. After that my bug purred like a kitten licking cream. In fact she kept on purring to the point that I completely forgot about it for a few thousand miles … where, as things turned out, it was far less convenient to mend such a thing as it would have been in Belgium or Britain.

I hustled and made my channel crossing that afternoon. The ferry I boarded was a rather large ship, one that rolled to what I believed to be the extremities of gravity … its gunwales nearly dipped into the frigid waters of the English Channel with every rolling wave we sliced through at an awkward, side-long angle … but the British paid it no heed, no heed at all.

Fact is, they all acted like they were on a pleasant cruise … not a ship that rolled like a loose ball bearing over a washboard! One fellow actually slept through the entire crossing on deck in a sleeping bag rolling back and forth right next to a gunwale. At the trough of each roll he was literally only inches from Davy Jones and eternity! I could only conclude that there was good reason they used to say Britannia rules the waves!

It was close on to midnight by the time I reached Jan and her family in Kenilworth. Her dad, an architect with a thriving business and spacious home that her mom ran most efficiently. She lived there with her younger sister who had yet to graduate from her A-levels (roughly their equivalent to our high school). 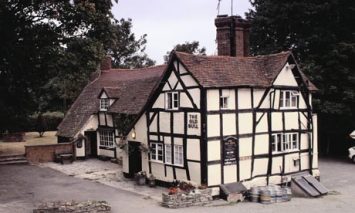 I tried my best to mind my manners … and did pretty good considering I’d just received my manumission three years servitude as a cold warrior. So I quaffed down a welcoming ale, hit the sack and lay there dreaming of six months with no agenda, no one telling me what to do … and going wherever my VW pointed her cute, aerodynamic, stubby nose.

I spent a couple of weeks in Kenilworth with Jan and her family, and a couple of more with Jan camping and “pubbing” our way down to Devon, over to Blackpool and up the coast of the Irish Sea to the incomparable Lake District.

All in all we had a ball … as good a visit to England as ever there was. But, after a month it was time to go. I had a VW with a full tank of petrol and nothing but adventure ahead of me … it was time to hit the road! Onward to Scandinavia!

3 Responses to Driving Around Europe Without A Map, Part 1 … KENILWORTH OR BUST