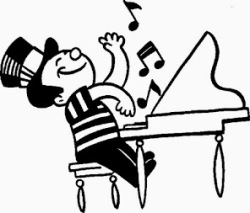 He could play the piano like ringing a bell!

As we trek through life, we should consider ourselves lucky if we find those unique gifts each of us are born with, those abilities that can transform the monotony of passage into ecstasy … or, at the very least, really good fun.

For example, some of us seem to be born with an ability to sing as beautifully, simply and easily as others talk. Some of us can diagnose and fix things quicker than others can crack an egg. Some are born healers, others born leaders.

Take Busta for instance. I met him on the ferry from Hull, England to Sweden. He could sing as easy as breathing and play the piano as smooth and soft as if playful kittens were prancing on the keys. He made a fine living at it too.

Busta and I hit it off immediately … he was the kind of fellow who’s an instant friends from the moment you meet him. I loved his accent and the “mon” he added to just about every phrase or thought he expressed. I confess too that I particularly loved the way he attracted young women around the piano, putting notions of romance in their heads … like honey attracting she-bears.

That evening turned out spectacularly romantically as I found myself with a similarly smitten gal (I was struck empathetically with parallel notions) under a blanket of stars that sparkled in a black-velvet heaven, reflected in the sparkling North Sea like jewels on heaving breast.

But Busta was no one-trick-pony lounge act. Nope. For not only had he found his gifts in life, he was blessed with something even more special, something singular, something that most of us rarely find … a higher purpose.

And for Busta, that higher purpose, the motivating reason that brought him from the West Indies clear across the Atlantic, was to find, marry and take home a blonde Swedish wife!

Sweden has many world class attractions

Some might scoff at Busta’s ambition as trivial, but given the proper measure of thought you’d have to say the matter is one of critical importance … after all it does seriously affect the azimuth on life’s compass. Consequently, given the weight of the matter, you’ve got to hand it to Busta for such far-sighted thinking.

Busta had a easy-going way about him … pre-rastafarian comes closest to describing him. He was laid-back, of a gentle disposition with a broad smile he’d break open at the slightest provocation.

However, he be impetuous … as when, fresh off the ferry from England, he addressed the tall blonde behind the counter of the American Express kiosk at the ferry terminal:

“Are you married?” Busta inquired.

“No,” the clerk replied politely.

“Would you like to get married?” Busta asked in an equally polite, deferential way.

“Why yes, of course, someday I would.” she replied … still polite but with a quizzical tone of voice.

“Marry you?” she blurted out, loud enough for others around us to hear, which I found a bit uncomfortable.

Confused, perplexed, bewildered … she looked around as if she expected to find a hidden Candid Camera crew filming the scene. Seeing nothing she turned helplessly to me.

“Is he serious what he says?” she asked.

“Oh yes, I quite serious. Yes he really does want to marry you!” I said, trying to help … but the effort seemed to fall short of the mark. 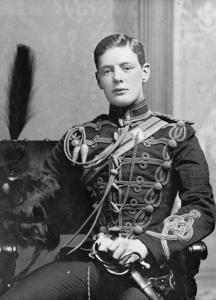 Winston knew how to handle failure

You’d have to say Busta had a straight-forward, honest approach to life. Simple but effective. He didn’t like to beat-around-the-bush and went about his business in the most straightforward of ways.

Why, he was indomitable! He brushed off his matrimonial failure at the American Express Office as if it hadn’t happened, and went about his matrimonial pursuits methodically … specifically he proposed to virtually every blonde who’d talk with him … all the way to Stockholm, where we found the blonde capital of the world!

Bust sure had an unstoppable strain of romance in his veins. He must have proposed to at least a half of dozen blondes before night fell. Waitresses, clerks, passers-by, any he came in contact with were offered his hand in marriage.

And all of them, to a woman, rejected poor Busta. In retrospect, in the final analysis I’d have to say that Busta personified Winston Churchill’s famous maxim, “Success is going from failure to failure without loss of enthusiasm” … and in Stockholm his enthusiasm reached fever pitch!

Nothing could stop him, mon. Nothing … or could it, mon?

Coming next! Driving Around Europe Without A Map, Part 3 … THE “GRAB AND HOLD” SECRET OF STOCKHOLM