Driving Around Europe Without A Map, Part 15 … MY PELOPONNESIAN DISASTER 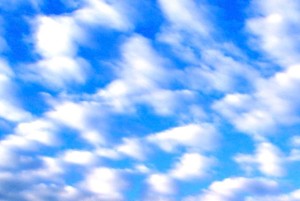 We’d stand straight-up … knees-locked and fully upright … in my ’65 Volkswagen with a canvas roof that slid clear back to the rear window, racing down an oven-hot Italian back roads. It’d feel like we were soaring into a boundless blue sky above us with polka-dotted with clouds, that like musical notes, drifted melodically above us.

We’d sing along giving it our full-throated best. We’d sing histrionically with abandon, everything from The Beatles, the Beach Boys and Bob Dylan to Joan Baez, the Kingston Trio and assorted Broadway hits.

It was a rolling Bacchanal fueled by petrol and cheap wine … and a boda bag that Martha could magically squirt into my mouth at speed without spilling a drop allowing me to keep my hands on the wheel and my eyes on the road!

We were four friends, new friends, fast friends, headed for new adventures. And we shared the same goal, or, more accurately, we shared no goal at all other than that of the road.

It was a time in our lives when we could stand at the intersection of life’s many different paths that, once taken, would lead irrevocably to a far-off future filled with radically different, unexpected and often meaningless priorities.

Doctor? Lawyer? Businessman? You’ve got to choose, and do so soon son! … but there’s a little bit of time left for the road! To listen to its call of freedom and follow it one last time. The road was our sole focus. The road, where life’s simple pleasures are somehow more important … and freedom’s simply a full tank of gas.

We rode on its long arms, slept on its shoulders, awoke to do it over again until we reached the heel of Italy’s boot, Brindisi, a strategic Mediterranean port that’s hosted mariners from the Mycenaeans onward. From Brindisi we’d take a ferry east to Greece and Patras, and then on to Athens where we’d mingle with ghosts of great thinkers who long generations ago looked at the world as no one before had seen it … and created Western Civilization.

We four had no facility for great thinking, but perhaps somewhere along the road we’d might find something inspirational or even life-changing!

Afternoons we’d drain a boda or two speeding through the countryside, and early evenings we’d roll into a town’s public square where, in those torrid pre-air conditioning summer days, we’d find it packed shoulder-to-shoulder with well-dressed couples strolling, laughing, talking, enjoying a gelato, listening to a small band, sharing secrets or getting their fine Italian leather shoes shined.

Entire small cities, towns and villages would gather together in public squares to beat the heat, hoping to find relief from a cool evening zephyr. And when something out of the ordinary happened everyone would come running to have a look.

Our arrival was always out of the ordinary! We’d burst in singing about California Girls at the top of our lungs, standing in the VW like toothpicks in a big egg … and we’d bring the house down every time! We were greeted with welcoming, open arms, more singing and feted with wine.

It was a beautiful thing, truly beautiful … so beautiful as to bring tears to your eyes! However, adventures aren’t always fun, bodas and singing! In fact, they can just as easily be what some would call a disaster!

For instance, after the cruise from Brindisi over the Adriatic’s crystal clear waters to Patras, while driving through some hilly country just out of town, my beloved VW started knocking and wheezing something dreadful. The poor thing sounded as if it had eaten metal M&M’s and was trying to spit ’em out!

Damn! … and then my memory raced back to the incident in Belgium when I found a spark plug lying beside the engine blown clean out of its cylinder by forces mysterious to me. I opened the boot expecting to see that plug again, but all four of them were still seated where they were supposed to be seated.

We limped back into Patras and with every turn of the engine, I shuddered like an anxious parent until, somehow, I managed to find the only German automobile repair shop in the city. A short, stout, bald-headed fellow who from a distance looked like a bowling ball resting on a large pumpkin, ran the place.

The poor thing suffered something awful!

“Come, come,” he beckoned to me, his hands directing me carefully into his shop where other, bigger and grander German autos awaited his personal attention.

He listened to my poor car and indicated for us to “Go, go,” as he simultaneously yelled for a couple of apprentices around 13 or 14 years old to come.

I watched astonished by the speed, dexterity and skill of those two boys. In under thirty minutes they had removed the entire engine from the car, completely disassembled it, cleaned its pieces and had it laid-out on a canvas drop cloth … a performance Mr. Bowling-Ball-Balanced-On-Top-Of-Pumpkin railed against, whacking them and ordering them to work faster, faster faster!

“Yes, I see see,” I said, but I had no idea what to do about it. None at all. And as Mr. Bowling-Ball spoke no English and I spoke no Greek! I could only mumble to myself, “Well now, Mr. Joseph Marco Polo, what the hell are you going to do next?”

Coming next! Driving Around Europe Without A Map, Part 16 … THE KING AND I, OR, SNAFU IN PATRAS

I hope you'll find my posts entertaining, occasionally edifying and worth whatever time you can spend with them ... Joe
View all posts by Joe Illing →
This entry was posted in Driving Around Europe Without A Map and tagged Brindisi Italy, Driving through Italy, Patras Greece, road stories, singing on the road, VW stories. Bookmark the permalink.

2 Responses to Driving Around Europe Without A Map, Part 15 … MY PELOPONNESIAN DISASTER