By the time I got to Mr. Bowling Ball’s repair shop I was fuming!Because of a coup d’etat, I could not only not sell my VW, I was told by the head colonel that I had to push it through a gate miles away on the docks … and leave it there!

I was absolutely, totally pissed!

As the German was telling the Greek what had happened, I was telling my friends there’d be a drastic change in our travel plans.

I also told them of my intention to absolutely trash my beloved car once it cleared the custom’s gate as I was bound and determined that those junta jerks wouldn’t have anything but scrap to sell!

They started fuming as well and we started angrily throwing random engine parts on the car’s back seat … but cars in Greece cars rare, precious objects held in reverential regard and when the Greek saw us start our demolition derby, he couldn’t believe his Peloponnesean eyes.

He was completely disoriented! How could anyone treat a car that way? How could anyone do something so, so, so … despicable? We’d turned his world upside-down! It was like an earthquake shaking the foundations of all he believed in! This was blasphemy!

“Oxi! Oxi!” he shouted, followed by an avalanche of words, none of which I could understand. My translator didn’t have time to translate because the enraged Greek, like a manic NFL linebacker, literally tackled me to the floor.

This in turn completely disoriented me! When I found myself lying flat on the concrete with a mad, bald Greek on top of me took me I knew sanity was way back in this guy’s rear view mirror! 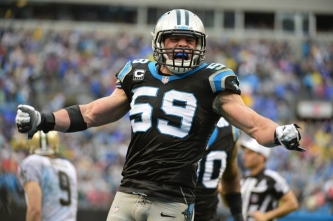 I squirmed out like a snake from under a rock and crawled on my belly until I could get upright. The German, completely non-plussed, tried his best to listen calmly as the crazy Greek kept shouting and invoking ancient deities!

After awhile Mr. Bowling Ball recovered and the surprised, proper German gentleman, who’d gotten much more entertainment in one afternoon that a person could possibly hope for while on an entire vacation, incredulously informed me that the good Greek offered to find a replacement part from a wrecking yard and fix the car for thirteen dollars! Apparently he just couldn’t stand to see a good German car junked. And while his assault on me could be mistaken for dislike, it was simply his non-verbal way of communicating.

“Nein. That I kid you not. For two or three days it will take, but for sure it will be done!”

“Wow! Fantastic! Tell him THANKS! and to do it! Definitely do it!” I shouted joyfully, spinning into an imitation of a Zorba dance with my three, equally jubilant traveling companions.

I could have kissed Mr. Bowling Ball’s fat, bald head! What an unexpected escape from an ugly predicament! On top of which, since the work would take a few days, the ancient port city of Patras lay at our feet, inviting us to see its sights and maybe learn a few of its secrets spanning some five thousand years.

So my demolition derby turned into a tasty dish of heavenly serendipity!  “What rare luck!” I thought, “what rare luck indeed!”

Coming next! Driving Around Europe Without A Map, Part 18 … TONY AND THE TURKISH BELLYDANCER

I hope you'll find my posts entertaining, occasionally edifying and worth whatever time you choose to spend with them ... Joe
View all posts by Joe Illing →
Gallery | This entry was posted in Driving Around Europe Without A Map and tagged Greece, Greek bureaucracy, Greek junta, on the road in 1967 Greece, Patras Greece, road stories, VW repair, VW stories. Bookmark the permalink.

1 Response to Driving Around Europe Without A Map, Part 17 … DEMOLITION DERBY GREEK STYLE