Berkeley, the Sixties and Me, Part 4 … THE FINAL STRAW 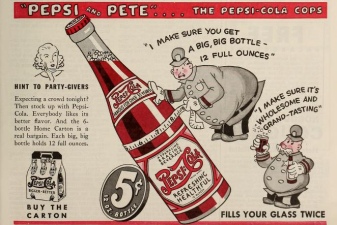 Imagine! Twice as much!

The Coke machine caper was pulled-off with exemplary military precision. The caper’s commandos, a dozen or so strong, stood assembled in stocking feet on the second floor landing, straws in hand and ready for action … ready to make Rat F**k history in Durant Place. We were ready to the take-down of the first floor Coke machine!

This was 1961 and our landlady’s Coke machine still dispensed the tiny 6.5 oz bottles from an ancient time that preceded Pepsi Cola’s revolutionary 12 oz bottles (“Pepsi Cola hits the spot, twelve full ounces that’s a lot!”) that had forced Atlanta’s mighty Coca Cola Company to up-size their bottles to 10 ounces … igniting a decades long marketing frenzy that’s with us to this day.

We wanted the bigger bottles and she wouldn’t budge! We’d pleaded with her and begged her to stock her machine with 10 oz Cokes … after all she sold them at a premium price! But to no avail. She said nothing, explained nothing and nothing was what we got.

Her stone-walling mutated alarmingly when mated with the virulent form of RF that had found its perfect culture in Durant Place. This infestation kept getting worse until it became downright incendiary.

And so it came to pass that, after weeks of pleas and failed petitions, her aggrieved tenants promulgated a resolution that spread like wildfire. It read:

In that our Landlady’s unpredictable and irrational behavior has irreparably damaged the morale and decorum of Durant Place;

In that our Landlady feeds her boarders vast quantities of carbs along with unidentifiable bits of protein;

In that our Landlady has completely disregarded her boarders’ repeated pleas for economic justice and caloric comity;

In that our Landlady has consistently maintained an imperious attitude unbefitting her position and status;

And in that our Landlady has refused to increase the size of the bottles in her Coke machine;

Therefore we, her aggrieved boarders, resolve to take immediate, decisive and conclusive action! 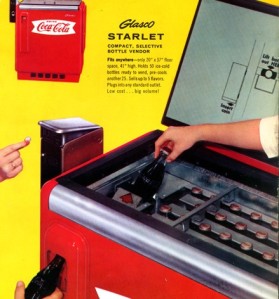 I don’t know who among us came up with the genius Coke machine strategy … he was probably an engineering student … but it was absolutely brilliant! It had sophistication, irony and grandeur! Why, it could have made Berkeley’s Book of All-Time RFs had there been such a book.

The raid was simple … the attack force consisted of several units led by an alpha squad who trod cautiously downstairs to said Coke machine. … a relic of the small Coke era. It was a chest-type refrigerator in which bottles hung vertically from slots. When fed the correct amount of change, a pop could be slid along these slots and out.

Silence was a tactical imperative as the machine lay just outside the door of the landlady’s living quarters. When these stealthy raiders reached the machine they quietly and as fizzlessly as possible removed all the bottle caps from the little bottles, being extra careful not to bend any of them. They then pulled-out straws and proceeded to suck-up several bottles.

Wave after wave of midnight commandos attacked the machine until all bottles were dry. The final wave re-attached the unbent caps and re-capped the bottles.

This entire RF was pulled off flawlessly and we were exceedingly proud of our epic accomplishment! But not for long! As with most of life’s endeavors, consequences don’t always comport with script … and this one went wildly awry!

First, none of us had counted on our RF to be our landlady’s “final straw” as it were … the one that pushed her over the edge! Second, none of us had even remotely contemplated her ensuing nervous breakdown! Third, none of us expected her to immediately abandon Durant Place leaving us unfed orphans! And fourth, none of us anticipated the rooming house’s sale!

Talk about a Rat F**k backfire! And, to top it all off, none of us Cal geniuses figured out that the large size Coke bottles wouldn’t fit … they were too tall! 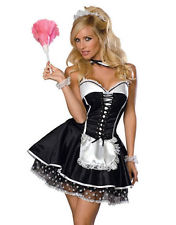 Welcome my dear! I’m so tickled to see you!

Of course why she didn’t point that out to us we’ll never know, and we never had a chance to ask her. In fact we never saw or hear from her again!

Naturally we all felt pretty low. But in a few weeks time we came to realize she was fighting a battle that couldn’t be measured in fluid ounces, and that perhaps her erratic behavior was a result of those struggles.

In any event, the house went-up for sale and an interim landlady arrived a few days later in the form a muscular young merchant marine sailor from Scandinavia in port for a couple of months.

Out new landlady’s term in office turned out brilliantly. He loved beer and loved to share it along with stories about his adventures in brothels in exotic ports of call all around the globe!

So after the dust settled and our feelings of guilt subsided, we decided that unintended consequences weren’t necessarily unwelcome visitors, as personified by Hans, our new landlady for whom the university’s rules governing student housing were about as irrelevant as the Ten Commandments in a Turkish whorehouse!

DON’T MISS PART 5 OF “BERKELEY, THE SIXTIES AND ME” … SIMPLY CLICK THE “FOLLOW” BUTTON ON THE RIGHT SIDE OF THIS PAGE. I HOPE YOU ENJOYED READING THIS. IF SO, WHY NOT SHARE IT WITH YOUR FRIENDS?

I hope you'll find my posts entertaining, occasionally edifying and worth whatever time you choose to spend with them ... Joe
View all posts by Joe Illing →
Gallery | This entry was posted in Berkeley, the Sixties and Me and tagged Berkeley, Berkeley in the sixties, California in the sixties, UC Berkeley. Bookmark the permalink.

1 Response to Berkeley, the Sixties and Me, Part 4 … THE FINAL STRAW