Berkeley, the Sixties and Me, Part 5 … A RIVER RUNS THROUGH IT 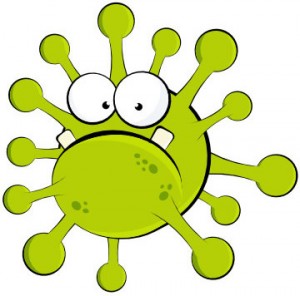 The Rat F**k virus was from a tough neighborhood!

Following the nervous breakdown and unexpected departure of our unfortunate landlady, the Rat F**k virus that had infested Durant Place lay in remission … but after a few short weeks it reared its ugly head once again.

It manifested in the guise of innocent pastimes … like dropping giant water filled balloons from our roof onto a large tree in front of the Place under which unsuspecting passersby would be dismayed by the deluge of rain soaking them on a fine, sunny day; or tossing lit firecrackers into occupied toilet stalls; or any of a dozen other such juvenile whims.

Our new landlady, Hans, the irrepressible sailor and teller of tales, did little to stem these RF outbreaks … in fact he did so little about anything at all that we had to wonder about the wisdom and judgement of Durant Place’s new owner … a soft-spoken, well-dressed Asian fellow who rarely visited us, relying upon Hans for supervisory and management duties.

This proved an ill-considered and problematic decision … as witnessed by the night of the big flood.

It all began innocently enough, a childish splashing of water between two boarders in the second floor bathroom. What followed, however, turned out to be a perfect storm that turned into a water fight of mythic proportions, one that involved all of Durant Place’s boarders with only a few exceptions, namely the Hermit and the Air Force Officer.

The fight continued for well over an hour before the warring factions finally wore themselves out, by which time a river … literally a fresh water river ran from the second and third floors down to the front entrance, from whence it cascaded into the street!

The Rat F**ki virus can strike suddenly, unexpectedly and violently

When the new owner, alerted to the disaster, arrived he had to take off his shoes and roll up his pant legs in order to wade through the ankle deep river. He was stunned, too stunned to say a word. He just muttered inscrutable phrases and looked as if he’d just seen a Hitchcock flick.

Naturally all of us felt awful bad for him, but none of us dared say anything for fear his mutterings might mutate into something quite unpalatable. So we kept our heads down and continued squeegeeing and mopping while he looked high and low for Hans, who was nowhere to be found.

In fact none of us ever saw our sailor turned landlady again … he obviously knew when it was time to abandon ship!

A few weeks following this war of water, the full impact of the RF came to light when the owner informed us that his lawyer was preparing a lawsuit against all of us boarders … and our parents … for warping the entire second floor of the Place, thereby rendering it structurally unsound.

He was quite upset, and deservedly so! However karma’s a funny thing … which future events would prove. And although we knew we earned whatever ramifications our juvenile recreations would bring, and although we also knew that there was nothing we could do to alleviate the owner’s intractable melancholy, karma managed to do the trick and make everything mysteriously work out!

Why it was downright inspirational!

DON’T MISS PART 6 OF “BERKELEY, THE SIXTIES AND ME” … SIMPLY CLICK THE “FOLLOW” BUTTON ON THE RIGHT SIDE OF THIS PAGE. I HOPE YOU ENJOYED READING THIS. IF SO, WHY NOT SHARE IT WITH YOUR FRIENDS?

1 Response to Berkeley, the Sixties and Me, Part 5 … A RIVER RUNS THROUGH IT