Berkeley, the Sixties and Me, Part 7 … MY DISASTROUS, FANTASTIC FIRST YEAR 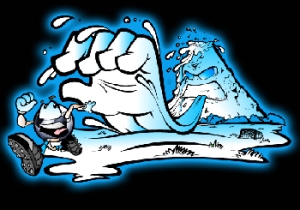 Sometimes everything comes at you all at once. Take my first year at Berkeley. That’s when a veritable avalanche of circumstance, happenstance and random choice crashed down on me all at once … and just as I was starting to try to scale my very own mountain of life.

Karma probably played a part too, but by then so many youthful, romantic illusions had taken root in my immature cerebral cortex that they were quite capable of committing academic hari kari on their own.

When all was said and done I came out of my freshman year at Berkeley with my head hung low and a 1.9 GPA, making me worthy of special mention on an undesirable academic list of some sort. What made this deplorable situation particularly lamentable however, was how simply it could have been avoided.

I could have taken a leave of absence after missing my first semester’s finals while in Berkeley’s Cowell Hospital with a severe case of pneumonia. And with only a pinch of foresight I could have dropped some of Spring semester’s classes, such as French or logic that require daily diligence, after spending that semester’s first two weeks of that semester back in the hospital.

But no! I was bound and determined to prove the adage “The doctor who has himself for a patient has a fool for a doctor” and so I began my second semester two weeks behind the pack, listening only to myself for counsel. 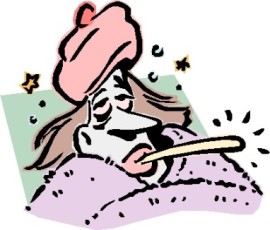 What a rotten time to feel so rotten!

My return visit to Cowell was due to mononucleosis brought on by what I thought was harmless prevarication. In order to get out of the hospital after my first stay … because I really missed my friends, my Gauloises cigarettes and shooting the bull … I wasn’t quite truthful with my doc.

I feigned complete wellness, and by so doing created the perfect host for the mono bug. After it struck, I self-diagnosed it as flu, and figuring oranges were healthy, and considering that we had plenty of oranges courtesy of Ray’s mom, I prescribed rest and oranges as a cure.

For almost a week, I lay in my room with an dangerously high fever, sucking on oranges and listening to Italian opera! That was it! That was my cure … opera and oranges. By the time I arrived at Cowell for my second visit, they had me in back in a bed faster than New York minute.

In addition to these medical misfortunes, the Air Force Reserve Officers’ Training Corps (ROTC) played its part in my academic demise. However, the problem with ROTC wasn’t academic, it was horological … namely it was an 8am compulsory class twice a week, with a third one in the afternoon for marching!

I thought, “Are you guys kidding? If I miss more than three classes I’m expelled from Berkeley! Seriously?”

Well it was all about an act of congress passed in 1862 that gave the university land in exchange for military officers … I guess the Civil War helped them decide it was a good idea to have plenty of them available. I suppose it all worked well enough, but by 1961 ROTC no longer seemed quite compatible with Cal life.

However, it was what it was, so I tried and I tried to comply, but no matter how hard I tried, at times I just couldn’t hear my alarm … many more times than the toxic three. 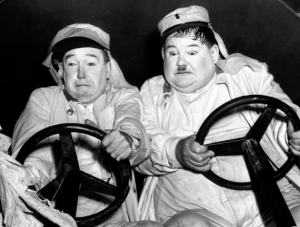 “Ollie! How do we fly this thing? … I don’t know Stanley, I flunked ROTC!”

And so, after just a few inaugural months at Cal I figured I was done for … finished! My first year’s tenure at that revered institution of higher learning, that temple of letters and science … home to more Nobel Laureates than any single nation … would be my last! I was doomed!

Consequently I had a fantastic year! Berkeley did that to you. It busted and banged you around, but it also turned failure into resolve, triumph into self-confidence and discipline into a blueprint for life-long learning.

But above all, as in just about everything else, it was the people who made it truly memorable! The people who offered me wisdom and warnings … my professors, house mates, old friends and new! They all play a part in bringing out the best in the person I was becoming.

Berkeley was overflowing with fascinating, curious, competitive, demanding and quixotic personalities congregated in a place of unlimited discovery and unbound opportunity. And since it was a time unfettered by mundane worries like getting a job, preparing meals or doing the laundry.

It was the perfect setup for a really stupendous year, and I decided to grab as much of it as I could … sicknesses, missed finals, missed beginnings, rooming house fires and ROTC be damned!

DON’T MISS PART 8 OF “BERKELEY, THE SIXTIES AND ME” … SIMPLY CLICK THE “FOLLOW” BUTTON ON THE RIGHT SIDE OF THIS PAGE. I HOPE YOU ENJOYED READING THIS. IF SO, WHY NOT SHARE IT WITH YOUR FRIENDS?