Berkeley, the Sixties and Me, Part 16 … JANE FONDA, RADICAL CHIC AND ALCATRAZ 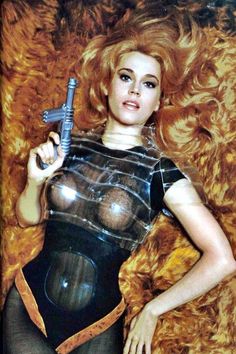 My day with Jane Fonda began early, about 6 a.m. at Fisherman’s Warf in San Francisco. My presence was largely a pay-back from the original Indian party that staged phase one of the occupation campaign, most of whom were from, where else, Berkeley.

It was they who, on the night they returned from laying claim to Alcatraz Island in late ‘69, had eaten a whole week’s worth of my rare fare of fresh baked bread, butter and Boysenberry jam!

But karma has a funny, and often ironic way of repaying such things in spades … as my day on Alcatraz proved!

A short time before meeting Ms Fonda I’d read in Time Magazine about how she’d rejected Hollywood and its Variety version of making it; about how she’d give up haut couture and started shopping at the Salvation Army for her clothes; and about her new-found love … passionate political activism.

As it turned out, that article didn’t paint a wholly accurate picture of her, nor did it properly prepare me for the sight of Jane in the flesh. She strode toward me with long, confident strides wearing a chic leather coat, a bespoke handbag casually slung over her shoulder (its symbols probably meant something important to her), high leather boots and skin-tight blue jeans that accentuated her fit, supple curves.

She was stunning … almost perfect in every respect:  face, body, posture, teeth, complexion and eyes. Her long hair was as pretty as Palouse wheat in an autumn breeze.

She sure didn’t look like any Salvation Army Thrift Store shopper I’d ever seen!

Her day at Alcatraz came at the birth or her lifelong devotion to far-left causes. Her cause that day was to draw attention to, and thereby support for, the Indian’s occupation of Alcatraz. Of course by then their claim and occupation had already consumed barrels of ink and gobs of TV time, but more attention clearly wouldn’t hurt. 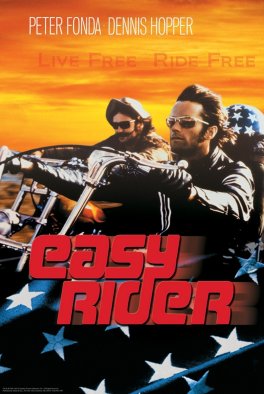 Brother Peter got all the attention

Cynics of her visit suggested that maybe Jane sought to get some of that Alcatraz spotlight to shine her way, that she wanted to emulate or surpass her brother Peter who’d recently enjoyed meteoric success in the boomer mega-hit of that era, Easy Rider.

Or maybe she wanted to stake-out a claim in the newly popular radical chic universe of other rich celebs like Leonard Bernstein, Marlon Brando, Peter, Paul and Mary and countless others.

Who knows? Nobody but a bunch of cynics would always look at the backside of a coin to find something wrong with it!

And the Indians needed all the help they could get! They’d occupied the Rock for months and found, like the Federal Prison System before them, provisioning it a logistical impossibility … not to mention their financing which was hopeless and their staffing which was helpless.

They had to prevail upon simpatico boat owners, volunteers and do-gooders to ferry water, food, relief, families, clothing, school supplies, reporters, television crews, health care folk, visiting Indian delegations, celebrities and any number of incidentals, notions and emergency supplies from Fisherman’s Wharf through a choppy, inhospitable bay all the way to Alcatraz … day after day after day!

Not an easy undertaking! Not at all!

Nor was it an easy time for Jane. Although I’m sure her brother’s singular accomplishment with Easy Rider must have filled her with familial pride, and while it probably didn’t affect her one bit when everyone, literally everyone, wanted to talk about Peter … even if her body language seemed to suggest otherwise.

Strangers and fans would approach her with broad smiles, “Hey, loved your brother in Easy Rider! He was GREAT!” or catch her from behind yelling, “Wow, that Easy Rider was far out man, far out! Groovy!”

As we plowed through San Francisco Bay that day, bobbing so violently that everybody had to hang on to keep from concussing their cerebrum, people above deck (only six of us could fit in the cabin), risked life and limb by sticking their heads upside down through the hatch to see Jane.

The lee side of the Rock on a calm day!

Talk about surreal! On the way back I’d smoked some herb material with the Indians on the island in a modern version of the old peace pipe ritual … I found it hilarious that they’d planted a thriving crop of marijuana there … after which I found myself stuffed in a small fishing boat holding onto a table for dear life, bouncing up and down like a cowboy breaking a stallion, sitting within kissing distance of a stunningly beautiful Hollywood superstar with random heads constantly popping through the roof like some kind bizarre Punch and Judy show wanting to talk about Easy Rider!

Between bobs, I tried to see if I could detect any revealing reactions to all of this. Nope. Nothing. Nothing at all. It had been the same at lunch during what could loosely be described as an over-long Jane Fonda acclamation ceremony. Loosely would also describe the food we were served … twigs floating in an inedible broth so repulsive that during the ceremonies, sitting up on the dais with her, all I could do was to surreptitiously look for a place to dump the stuff! I did finally manage to dump my bowl into a large vase filled with dead plants.

I spent most of my day on the Rock with Bill and my partner, freely roaming the docks (where most of the “firewater” imbibing Indians spent their time), the main house (where the stoners among them spent their time), the solitary confinement cells (dungeons really), the laundry facility and anywhere and everywhere else we felt like investigating. We had complete run of the place … parts of which felt downright haunted!

But Bill kept his eye on Jane the whole while… and apparently he didn’t like what he saw. I guess he was just one of those cynics who saw her using the occupation to her own advantage. This became more of an issue not long following my day on Alcatraz when Bill kicked her out of the movement … which was the end of her involvement with the Indians of All Nations.

Like I said, Bill was a most unusual fellow. How he got involved in social phenomena like the occupation or tributes to Willie Mays or promotions for movie premieres like Woodstock I could never figure out.

Later I came to admire the irony of the whole Jane Fonda does Alcatraz shtick … an East Indian kicks an American movie star out of an an American Indian uprising? Surely that’s a could-only-happen-in-America story. Why it’d even make a good scene in a movie, except no one would believe it!

DON’T MISS PART 17 OF “BERKELEY, THE SIXTIES AND ME” … SIMPLY CLICK THE “FOLLOW” BUTTON ON THE RIGHT SIDE OF THIS PAGE. I HOPE YOU ENJOYED READING THIS. IF SO, WHY NOT SHARE IT WITH YOUR FRIENDS?

I hope you'll find my posts entertaining, occasionally edifying and worth whatever time you can spend with them ... Joe
View all posts by Joe Illing →
This entry was posted in Berkeley, the Sixties and Me and tagged Alcatraz, Berkeley, Berkeley in the sixties, California in the sixties, Indian occupation Alcatraz, UC Berkeley. Bookmark the permalink.