A New Life in a New Land, Chapter 4 … MY FIRST DAY IN THE FRAY

My first day in the hurly-burly world of business took place in a small, windowless room. I spent a week in that tomb-like setting sitting in a suit and tie while adding, subtracting, multiplying and dividing on various machines arrayed around me like mini locomotives in a railroad roundhouse.

I also had to  memorize sales pitches the length of long Shakespearean monologues, sans their soaring rhetoric and memorable phrases.

But, like the Bard, Monroe did have certain insights into human nature which they’d harvested over about a century of selling mechanical calculating machines. Their inventions revolutionized accounting by relieving the tedium of Bob Cratchicts world-wide with machines that performed much of the work for them. This labor-saving mechanization of math sped things up considerably, making quantum leaps in office productivity possible.

Entrepreneurial manufacturers had seized the moment and built great companies with their machines. They’d hired salesmen coast to coast to spread the good word … which, in essence, was “you can do more while paying less.”

Then they distilled all they’d learned about the sales psyche into lengthy sales pitches that would convert the most reluctant of sales prospects into a satisfied Monroe customer. 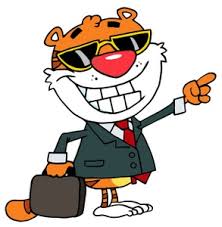 Watch out world, here I come!

It worked magnificently for about a century until Jack Kilby invented the integrated circuit in 1958 presaging the arrival of the digital age … and the end of a plethora of mechanical devices from phonographs to telephones to calculating machines.

The bow waves of the digital age hit the calculator industry a few short months after I hit it. It was truly the end of an business era … and along with it the era of “direct sales” or “cold calling,” which was when a salesman intruded upon a business owner who was blithely going about his daily business not realizing, until the interruption, that he wasn’t making nearly as much money as he could be making!

Of course that was back when you had to physically see, and test these mechanical contraptions in person, in your office. You had to touch it, hear it, use it before committing the large sums of money necessary to own a Monroe or an Olivetti or a Friden.

Kilby’s original integrated circuit … it ushered in the digital age!

Of course I had absolutely nothing to do with the co-commencement of the digital age and my entry into the world of business sales, but it did provide me with a ringside seat from which to witness its birth. And with each introduction of a new Monroe digital wonder I could hear the distant ringing of a mournful bell ringing the company’s death knell.

At the time I found it surprising how few of those eagerly pursuing a soon-to-become obsolete business plan paid attention to those bells. And how those who did hear their ominous peels had no idea of where it would lead, or what, if anything, they could do about it.

None of that bothered me of course. My job was to learn to use calculating machines, memorize sales scripts to get out into the real world … and a week later, with a briefcase stuffed full of Monroe promos, I did just that!

I set out to meet my future!

DON’T MISS CHAPTER 5 OF “A NEW LIFE IN A NEW LAND” … AND IF YOU’D LIKE TO FOLLOW MY BLOG SIMPLY CLICK ON “FOLLOW” … YOU’LL FIND IT ON THE UPPER RIGHT OF THIS PAGE. I HOPE YOU ENJOYED IT!

I hope you'll find my posts entertaining, occasionally edifying and worth whatever time you can spend with them ... Joe
View all posts by Joe Illing →
This entry was posted in A New Life in a New Land and tagged business cold calling, Canada, Canadian Landed Immigrant, Litton Business Systems, Monroe the Calculator Company, office equipment sales, sales, sales career, Vancouver, Vancouver in the 1970s. Bookmark the permalink.