The Richest Man in Lacey

Numerals and cyphers. That’s your money. Nothing more. At one time precious metals and glittering stones did the job, but now it’s numerals and cyphers … which are just as valuable as gold or rubies or silver or diamonds, at least according to a small group of savvy economists in DC.

Those financial wizards work at a bank called The Fed and meet periodically to decide how much money to print, after which they issue wallet sized bills with numerals, cyphers, images of dead politicians and great pyramids topped with a giant eye.

Nowadays there’s cyber money too. It floats somewhere in a binary cloud and consists of repeating patterns of “ones” and “zeros” … which is a bit ironic when you thing about it, for numbers on paper or in a cloud have less intrinsic value than a box of Kleenex.

But we believe in these DC gurus. It’s could be likened to mass hypnosis, but it seems to work pretty well for most of us … but not quite for all of us. Some of us get things all mixed up and fail to realize that the only time these numerals and cyphers do any good or have any real value is when they move.

That’s when they fill grocery carts, pay mortgages, buy cars, educate kids, feed governments, do charitable work, fund retirements and take us places, entertain us and support any number of other pleasurable activities.

With movement those numerals and cyphers actually do … both for yourself and your fellow citizens. In the final analysis it’s a bargain, one that binds us together, those of us who keep our incoming and outgoing numbers in some sort of equilibrium … but, alas, some of us can’t quite get with the program. 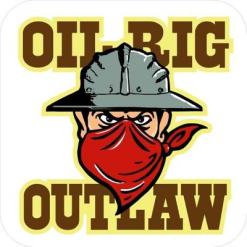 Your numerals and cyphers or your life!

Take Rob Flowers of Lacey for example. Rob grew up poor as a hard-working roughneck in the oilfields of Pennsylvania. He didn’t have any spare time for typical teen pursuits or pleasures … but he did manage to find one amusement that pleased him to no end.

“I was the youngest, scruffiest, dirtiest guy who’d walk into the bank on payday,” he recounted with a grin and a hearty chuckle “but I had a bigger check than anyone else in the place!”

That probably explains why later in life, after creating a big development company active in most states of the union and amassing a fortune of hundreds of millions of US numerals and cyphers, he drove a beat-up car, failed to maintain his beautiful house with its picture-postcard view, forbade his wife to buy new furniture or a new tv, sat in a corner during family gatherings on holidays rummaging through deal numbers and scenarios, held staff meetings at McDonald’s and decorated his Christmas tree with toys from their kids meals.

He never quite outgrew the fun he had walking in, looking like a bum, and having more money than anyone else in the bank … in fact, he owned a bank. He’d stride into it cocky, cheerful and enthusiastic, like a bantam rooster ready to roll. He was likable, quite likable.

However Rob had a dark side when it came to numerals and cyphers. Early in his career Rob deduced that if everyone was happy with a deal, he’d left some money on the table. He soon found that he if could change a deal at the last minute he could pocket all that leftover money … which he usually did. At such times a different Rob would emerge, a robotic Rob whose voice sounded mechanical as if coming from someone else.

Here lay all your numerals and cyphers!

Consequently honest men, who’d organized their lives around an agreed upon a deal, found Rob’s last minute squeeze put them in a most unpleasant vise. His “take it or leave it” methodology resulted in a string of monetary victories that made him the richest man in Lacey … and among the least liked.

In the end Rob managed to alienate virtually all of the civic and political elite in Lacey, not to mention his own sister and her family. When it came down to money, Rob was not only parsimonious, he was just plain mean.

And when it came to charity, Rob was truant … a ghost, an apparition, a miserly pinchpenny whose single charitable contribution came late in life when he bought new uniforms for the financially strapped North Thurston High School marching band.

But when he died the band didn’t march for him. There were no speeches or tributes or civic honors or parks named in his honor. Fact is, most people didn’t even know, or care, that he was dead … and more than a few celebrated his passing.

I don’t know the make, model and year of the coffin they buried Rob in, but I think a plain pine box would have befit the richest man in Lacey who, when put to eternal rest, had more numerals and cyphers than anyone else in the place.

I HOPE YOU ENJOYED THE “RICHEST MAND IN LACEY” … IF YOU’D LIKE MORE, GO TO joeilling.com OR SIMPLY CLICK THE “FOLLOW” BUTTON LOCATED NEAR THE UPPER RIGHT OF THIS PAGE

I hope you'll find my posts entertaining, occasionally edifying and worth whatever time you can spend with them ... Joe
View all posts by Joe Illing →
This entry was posted in Musings and tagged illusions of wealth, Lacey Washington, riches, useless money. Bookmark the permalink.