The Burnaby Mirror, part 1 … WELCOME TO THE GLAMOROUS WORLD OF ADVERTISING 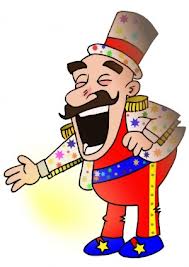 “Did I hear you wanted to get into advertising son?”

He was more carny than an anything else, and though I’m sure he would have prospered as a carny, that was one of the few things he was not.

Gord Dancey was kind of a close cousin to a carny. He was an advertising man, a newspaperman, a salesman and a publisher all wrapped into one.

I met Gord not long after he’d endured a traumatic divorce in Toronto. He’d lost everything … absolutely everything … and he felt he had to get out of there, right away! So he decided to head west, all the way to Vancouver, BC.

But getting across half of a continent without money or a car could prove to be problematic … but Gord, ever resourceful, and bit of the bold deceiver, came up with a plan.

He quickly scribbled some poetry and had a printer friend print a hundred or so books -more pamphlets really – for free. The poetry itself was a poor imitation of a popular, and largely forgotten San Francisco poet of the era. Gord’s book, entitled Listen to the Quiet, made the SF poet’s stuff look downright Shakespearean.

But that was beside the point. Gord didn’t really care if his poems were crap. The point was to make money.

So, books in hand, he did something few of us would probably have the imagination, or nerve, to pull off. He hopped on a bus headed west and played a game of hopscotch through Ontario, Manitoba, Saskatchewan and Alberta all the way to the coast of British Columbia.

He’d travel from town to town, find a suitable bar, make a quick deal with the bartender (split the profits from the night’s sales) and set up shop.

Shop consisted of a corner table with a few books surrounded by candles to create a romantic atmosphere. At the door he’d place a small sign that read MEET THE POET and setup shop. Then he’d sit with a highball waiting to read, autograph and sell copies of his book.

Another sonnet? No problem at all my dear!

It worked. Admittedly his sales didn’t amount to much more than petty cash, but it was enough for food and bus fare (not to mention free drinks and female companionship from assorted lonely hearts).

Gord eventually arrived in Vancouver. That’s when I met him.

I’d been working selling office equipment for a company called Monroe, The Calculator Company. It was a division of Litton Industries, a corporate conglomerate of the 70s. This was my first go at business and earning a living, and although I’d done well enough in my year and a half with Monroe, I really wanted to get into advertising … the only niche in the world of business that fascinated me at the time. In fact, I couldn’t imagine how anyone could not want to be part of that world.

Also, complicating matters a bit, Monroe had just made me an offer to become its sales manager for their new computer division for western Canada. Consequently, as I saw it, I had no choice other than to quit. I’d seen enough of the men who’d found “success” in the corporate world, both in Vancouver and New York.

It wasn’t that they were bad people or Hollywood caricatures like men in grey flannel suits. They were just smart, hard working people providing for their families and their futures.

I simply didn’t want to join them, and I definitely didn’t want to move east! As I didn’t have money or assets at the time, I figured it was the perfect time to quit … for, I reasoned, if I were to accept the managerial position I’d soon acquire things that took time to pay off. I’d become vested and never be able to quit. I’d be hooked! So I decided to get out while the getting out was still possible.

One morning while discussing this career strategy with a few fellow salesmen at a local cafe, Gord Dancey appeared like a scene straight out of a 1930’s “B” movie. Gord, who’d been sitting in a booth opposite ours, rose and presented himself to us by pulling a quarter out of the ear of the fellow sitting nearest to him (magic tricks were one of Gord’s specialties).

He turned to me. “Did I hear you say you wanted to get into advertising, son?” he asked, putting the quarter back in his pocket and handed me a business card that read, The Burnaby Mirror, Gordon Dancey, Publisher.

He was around six feet tall, physically fit, about 45 years old. He wore a blue suit with black velvet piping. His dark hair was slicked back with an oil based pomade. His nose was a bit too large for a face pockmarked by teenage acne. His warm, friendly smile made up for his lack of pretty-boy looks.

Naturally I went. After all, this might be my break into advertising! I hadn’t a clue as to how things like that worked, but I knew they worked somehow. Somehow people ended up in advertising and I aimed to find out how.

Of course there were other factors to take into consideration … things to soberly reflect on before changing one’s field of endeavor. Due diligence items like a wife pregnant with our first child, an out-of-control monthly budget, a dog and no experience whatsoever.

But what the hell! And with the confidence of a fool I reported to work for Gord Dancey at the Burnaby  Mirror the following week!

Don’t miss The Burnaby Mirror, part 2, THE HAIKU THAT PAID FOR A HOUSE

Disclaimer: this was a snapshot in time taken long ago. Today Burnaby is a thriving, integral part of the Lower Mainland, filled with commerce and gentle, loving inhabitants … who, of course, love hockey and beer!

I hope you'll find my posts entertaining, occasionally edifying and worth whatever time you can spend with them ... Joe
View all posts by Joe Illing →
This entry was posted in A New Life in a New Land, How To Sell A Newspaper Subscription To A Blind Man, The Burnaby Mirror. Bookmark the permalink.

2 Responses to The Burnaby Mirror, part 1 … WELCOME TO THE GLAMOROUS WORLD OF ADVERTISING