How To Get A Great Job You Don’t Really Want, Part 3 … MAKING THE LEAP FROM TELEPHONE POLES TO FREEDOM 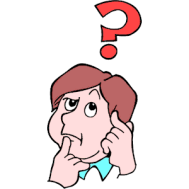 “Here’s another fine mess you’ve gotten yourself into!”

“What have you done to yourself now?” This thought kept running through my skull like a soundbite infinitely looping.

When I met the honcho of Bell’s vast regional operations center located in San Rafael, his first question echoed that of his colleague in Oakland, “What brings you to PT&T?”

And as in Oakland, I couldn’t help myself, “What brings me here? Well, in a word, opportunity! As part of the largest and best-run corporation in the world, PT&T has an incredible future! And it’s making that future come true! Why in California alone it’s investing over $25,000,000 this year … I want to be part of that!

Everything from then on was so much wasted breath. Hearing such talk (plagiarized from his PT&T’s in-house magazines) coming out of the mouth a self-confident-to-a-fault 20 year old, he decided right then and there to hire me.

He truncated the interview and declared “You’re hired! And I’m going to start you out with a promotion! Normally we have new hires wash trucks for a year or two, but you’ll be an “installer/repairman” which, by the way, also means you’ll be getting a full year’s promotion in pay.”

Holy Toledo! A promotion before I even begin?

Wow! Driving back to Vallejo I felt shell-shocked! From giving a friend a ride to Oakland a few weeks earlier and applying for a job to kill time while I waited, to working for the phone company … well, it was all a bit unbelievable!

As I drove along Sears Point Road top-down in my treasured Austin Healy 100-6, I could feel late summer in the wind and I almost felt good about everything … almost, but not quite.

Installer/repairmen for Bell were a bit like aristocracy during those glory years of the trade unions. The late fifties and early sixties saw unions wield unparalleled political power and prestige, which translated into lucrative contracts for unionized workers, especially those whose unions were endowed with the power to completely shut-down entire national industries.

Look for the union label

And I was stepping into this rarefied elite … I was to join these princes of organized labor! I was made for life!

After two weeks of apprenticing I’d learned a variety of trouble shooting, installation and repair techniques, none of which I found difficult … with the exception of climbing telephone poles, for whenever I rose more than a couple of feet off Mother Earth I’d get vertigo.

The day I found myself tightrope walking on a cable suspended over a busy street, steadying myself by holding on to another large cable overhead I had to ask myself if this was not completely insane!

I answered that it was … and then came the storm!

It was a big one sweeping in off the Pacific with torrential rains and high winds! This made all my fellow installer/repairmen lick their collective chops. This is what paid for that motorboat! This is what put the kids through college! This was overtime heaven paying double and occasionally triple time, not to mention meals and expenses.

Storms? They bigger the better!

However, I didn’t quite see it that way. After a few days of getting knocked around in the dead of night by wind and rain and downed wires I had to admit that I couldn’t see myself marrying Ma Bell for life!

And then my very own climbing gear arrived (a harness and the spikes used in climbing naked poles). That was it! I was ready to get the hell out of Dodge … but I felt truly conflicted about disappointing the guys who’d hired me, not to mention my union mentor and all his mates. They’d been welcoming, generous and helpful to a man (they were all men).

And then, miracle of miracles, out of the blue I received a letter from S.S. Kresge and Company’s corporate offices in Los Angeles directing me to report to their Larwin Plaza facility the following Monday to begin my tenure in their management trainee program.

“Wow! Perfect!” I thought, “Perfect. I can save face at PT&T and get out of there honorably! Perfect!”

And it would have been perfect, but unfortunately it turned out to be a case of jumping out of a kettle and into a frying pan!

I hated Kresge’s! It was almost as bad as sweeping out the basement of Sperry’s flour mill. Spending an entire day inside a huge barn of a store was more than I could handle. After an hour or so inside under the bluish fluorescent lighting I felt like screaming!

The day my manager put me in charge of notions and handed me a giant binder filled with illustrations and descriptions of buttons, needles, pins, hooks and thimbles, admonishing me to “Learn all of this by heart” I knew notions, Kresge and I really weren’t made for longevity.

After nearly two full weeks with only a couple of “sick days” I bid the company farewell, sincerely thanking one and all for the great opportunity they’d afforded me, and immediately headed back to my previous, debauched life of selling Kirby Vacuum Cleaners door to door.

It wasn’t much, but it was mine, and it was freedom of a sort … sweet, sweet FREEDOM!

But those halcyon days of working for a week or so followed by living it up for a few weeks … were rapidly coming to a close. Fate was to enter my life in the form of the Solano County Selective Service Office, and I was soon off on new adventures, the likes of which I had never, in my wildest dreams foreseen!

Coming next! How I Won The Cold War … PROLOGUE

I hope you'll find my posts entertaining, occasionally edifying and worth whatever time you can spend with them ... Joe
View all posts by Joe Illing →
This entry was posted in How To Get A Great Job You Really Don't Want, How To Sell A Newspaper Subscription To A Blind Man. Bookmark the permalink.